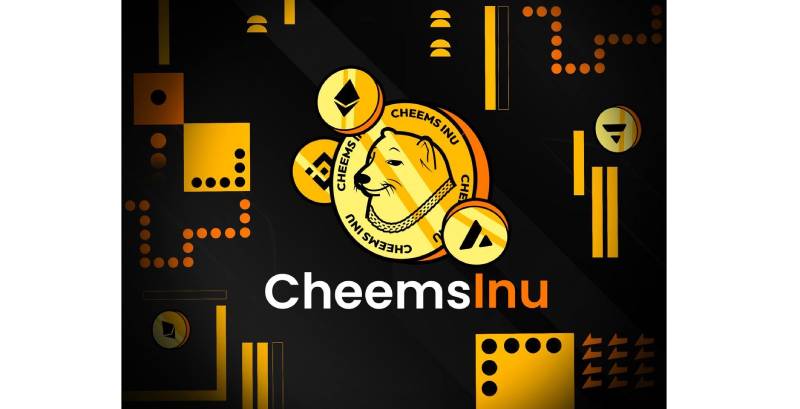 Cheemsinu team has been working on designing their metaverse since the start of 2022, named New Block City. It will successfully integrate the concepts from the real world with limitless possibilities offered by the metaverse itself. New Block City’s architecture is inspired by the greatest city in the world: New York.

Reprinting the design of New York City, New Block City will also have five boroughs, each with its significance and decentralized applications. To give a closer real-life experience to the users, NBC would have prominent landmarks of New York in it, like the Statue of Liberty and the Empire State Building. Users would be able to roam around the city to explore a dynamic and exciting urban environment. 3rd York, The Crown, Farmland, Blockville & Boogie down would be the five distinct boroughs of NBC.

Based on the hustle and rush lifestyle of Manhattan, 3rd York would be home to most apartments & digital goods retail stores. 3rd York will stand as a symbol of wealth and luxury, Mirroring Wall Street, Metavault, and the Bank of Metaverse. The Crown is inspired by the home of kings of hip-hop, Brooklyn. The Crown would be chilled out and would have less hustle but far more luxury than 3rd York. It will feature soul-satisfying walkable lanes in the neighborhood like Park Slope & Williamsburg.

Boogie Down would be home to vibrant clubs and art scenes. Users can participate in raves, tune in to some funky music, and hang out with like-minded denizens. You may expect a lot of street music & distinct forms of art around each corner. Inspired by blocks of The Queens, the fifth and most interesting borough would be Blockville. It would be home for residence, sports – flashing back from basketball courts to US open courts and gaming towns. The two first premium gaming Dapps Rise of the Warbots, where players will be able to pit their war hungry robots against each other & Rhythm Village, a gaming world full of cute and lovable Minikishus will be ready to launch at the Blockville borough in 2023/2024 with their own game towns.

THE NATIVE TOKEN – DRACHMA & OTHER TOKEN

Drachma would be the native token of the platform, named after ancient Greek currency. Drachma can be converted to other in-game tokens, trading, or buying newly launched tokens by the inside community. The token presale & launch details would get announced after further progress in development. Cheemsinu ($CINU) would be the unofficial currency of the NBC gaming metaverse.

As the progress on development continues, the entire New Block City will be released to the public for purchasing. To give a more realistic touch to the users, NBC will be expanding its immersive experience to VR. More features like teleportation & VR expansions are lined-up for future updates.